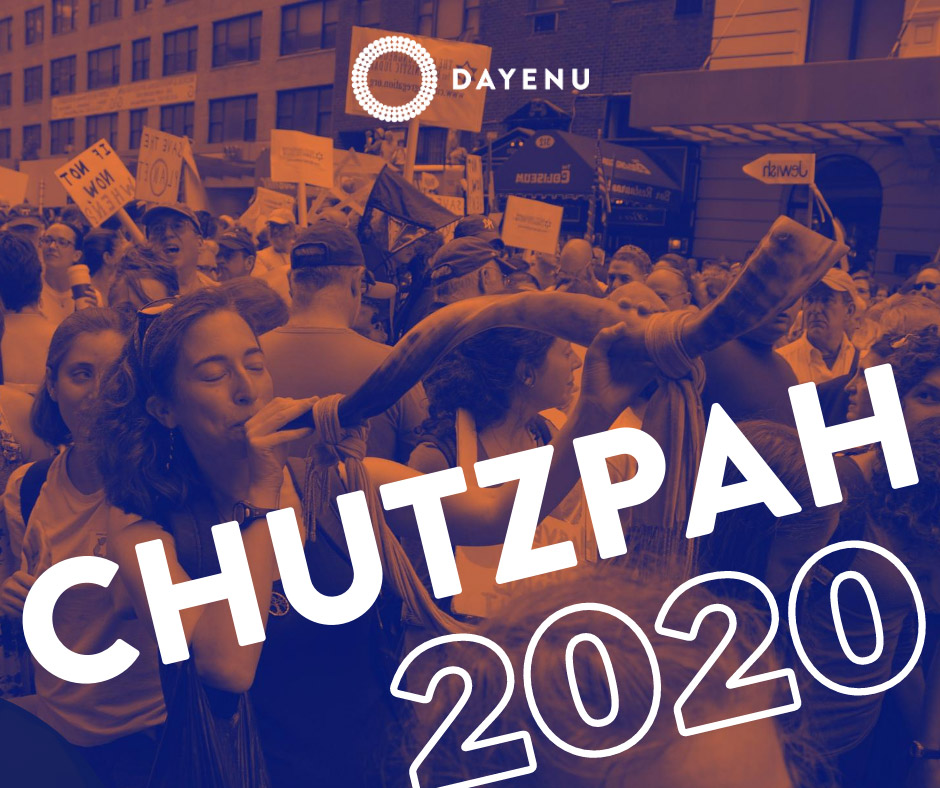 It is in our hands and in our hearts, and we can do it.

We need elected officials with the chutzpah to take bold climate action on day one.

Chutzpah 2020: What we Accomplished Together

Chutzpah 2020 By the Numbers 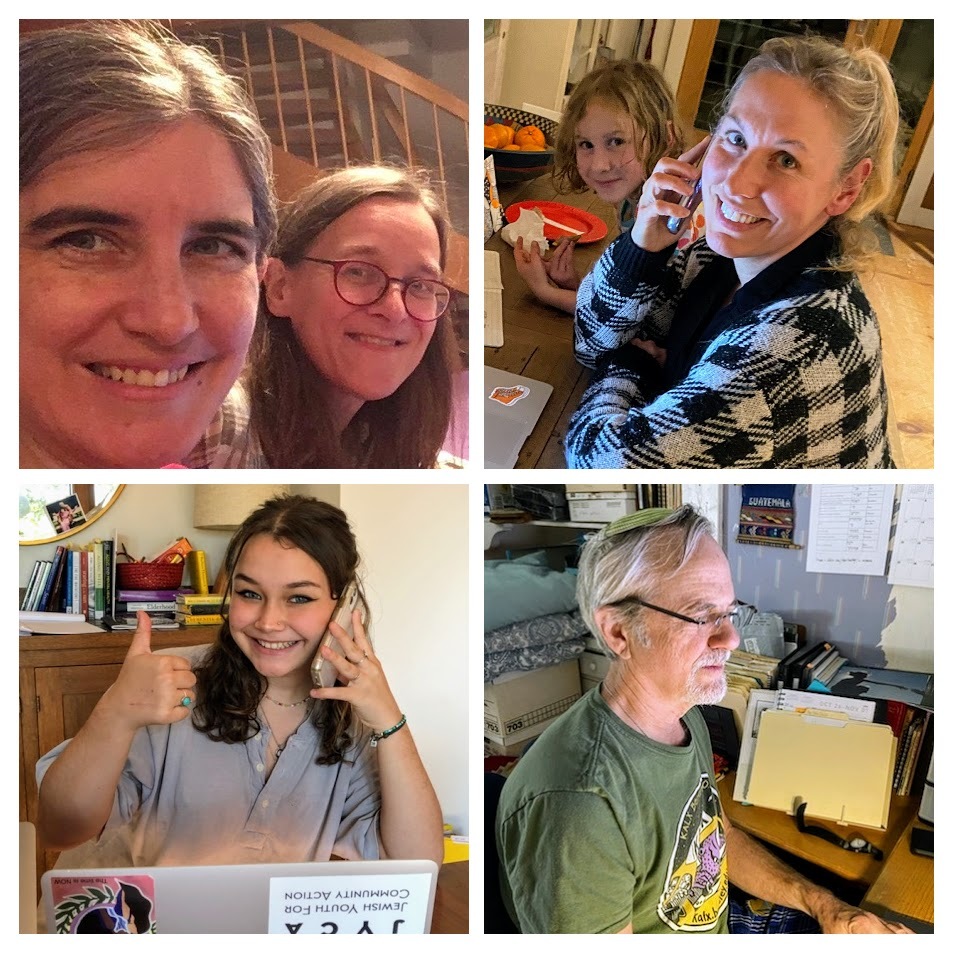 IN 2020, AMERICAN JEWS VOTED AND VOLUNTEERED FOR CLIMATE ACTION

People in these states (and many others) have had to contend with layers of crises in recent years: climate impacts like record heat, drought, wildfires, storms and floods, the coronavirus pandemic, and ongoing racial and economic injustice exacerbated by the economic downturn.

Polling from the Yale Program on Climate Communication and others confirmed that in the past few years, voters have consistently prioritized addressing the climate crisis as a key voting issue. However, rarely has climate been considered a top-tier issue, or featured prominently in a presidential election year. We wanted to help change that.

The goal of the Chutzpah 2020 campaign was to help raise the salience of climate change and to turn out climate voters in record numbers. We believed that if we could mobilize significant numbers of Jewish volunteers to connect with and inspire voters who care about climate change – both Jewish and not – we could contribute to the climate movement’s power to push elected officials to act boldly on climate and tee up executive and congressional action in early 2021. We also sought to grow the base of American Jews taking meaningful action to confront the climate crisis for the work in the months and years to come.

2020 elections turnout was record-setting, with more than 150 million people casting a ballot, the highest percentage of voters in over a century. Climate-concerned voters comprised a majority of the electorate, and there is evidence from polling, social media and the Presidential Debates that climate change has become a top-tier issue for voters across the country. In the Jewish community, nearly 8 of 10 Jewish Americans consider the climate crisis a major problem, but it has never before been a major voting issue.

Which issues were the most important for you in deciding your vote in the Presidential election?

An election-night poll of Jewish voters (n=800) from J Street revealed that climate change was the second most important issue for Jewish voters in 2020.

Hundreds of volunteers across the country held phone and text conversations with voters in six key states that centered on climate change, and response rates were consistently high for Jewish voters (13%) and non-Jewish voters (9%) alike. Coverage of the Jewish climate vote in The Forward, Arizona Jewish News, and J Weekly, and volunteer engagement with the Chutzpah 2020 campaign reflect the growing salience of climate change as a voting issue within the Jewish community.

The enthusiasm from partners, volunteers, and voters reflects a deep concern about the climate crisis, and an understanding of the stakes in this election. The high rate of return volunteers – and the feedback we’ve received from them – suggest that the Chutzpah 2020 gatherings helped build community among climate-concerned Jews across the country and give people a powerful way to take meaningful action. Frequent volunteer Max Sussman, from Phoenix, AZ wrote this powerful essay explaining why he kept coming back to get out the vote with Dayenu.

The election is over, but we still have a long road ahead to confront the climate crisis with the kind of bold action that science and justice demand. Joe Biden has laid out the most ambitious plan to address the climate crisis of any President ever elected. But the fossil fuel industry, climate deniers, and their political and financial backers won't make it easy.

Dayenu leaders and supporters, our partners, and the broader Jewish community stand ready to do everything in our power to ensure a just, equitable, and sustainable world for all for generations to come. As we have demonstrated with the Chutzpah 2020 campaign, we will vote, lobby, volunteer, take to the streets, and build the world we envision. Join us.